Product Delivery: You will receive a receipt with download link through email 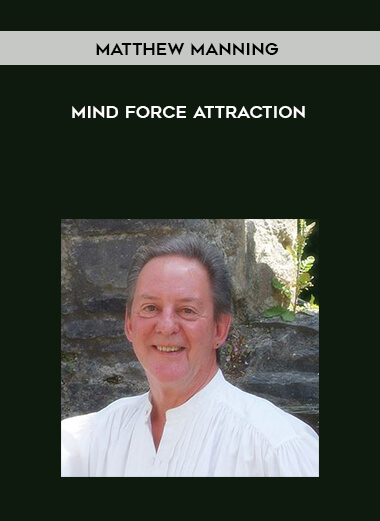 Long out of print, this is a very interesting recording.

The first track provides useful background information; the second is the meditation itself.

Matthew Manning is a world-famous healer who lectures and demonstrates his techniques all over the world. He has been involved in more scientific research and testing than any other healer in the world and has addressed the Royal Society of Medicine and spoken to MPs in the Houses of Parliament about his healing work. Regularly featured in the media, he is the author of One Foot in the Stars, his autobiography, No Faith Required, The Link and The Healing Journey.

‘Matthew Manning offers positive approaches – from techniques to control stress and bring relaxation to those which build and foster positive self-image. He sets no limits to where it can lead.’ – Guardian

‘He spent years being examined by scientists. These days he devotes himself to healing and is refreshingly non-evangelical
about his work.’ – Daily Telegraph

‘Matthew Manning is an extraordinary man. I have seen many patients who have previously attended Matthew for healing; every one of them has gained considerably from their meeting with him. My many years of training as a doctor and anaesthetist have taught me how much we do not know about the body and its healing processes. Matthew’s powers are not discussed in medical textbooks, but I can verify their efficacy from those of his patients I have met.’ – Dr Brian Roet, formerly of Charing Cross Hospital, London

“Patients come from all over the world with problems ranging from back pain to secondary cancer. To give you an idea of the breadth of his constituency, the healer has been consulted by figures including John Cleese, Prince Philip and Maureen Lipman. Manning is modest, unpretentious and engaging. When he put his hands close to my back, the effect was like a two kilo-watt electric fire. The heat was coming through two layers of clothing and the canvas back of the chair. I turned instinctively to see if he was holding anything in his hands – he wasn’t.” – Robert Chalmers (Independent on Sunday)